Eastern Ohio’s substrate is acidic and primarily consists of sandstone, which is sort of like natural cement (pretty erosion resistant). There is often shale right underneath the sandstone, which in contrast is very easily eroded. The shale is often worn away, unless it is capped in sandstone, so as a result erosion has successfully carved out deep valleys in eastern Ohio. The following plants are all associated with being found in that acidic sandstone substrate.

Eastern hemlocks have flat needles, which are singley attached to the stem. Peterson’s field guide tells us that they make bad Christmas trees because their needles fall out once the tree dries up. Makes me think back to the living room getting covered in needles every Christmas… I wonder if those were hemlocks. Apparently, the needles can be made into a tea that treats kidney ailments…hmm.

It really made my day when I heard that this was an edible plant. I’m not sure how to describe what it tasted like, but I would compare it to every type of sour/sweet candy mashed together. 10/10 would eat again. After some searching, it seems like sourwood honey is also a thing!

These are unfortunately the only plants we found that were explicitly mentioned in Jane Forsyth’s Geobotany article.

Here is a plant that was, uh, implicitly mentioned:

OMG! If you look at the fronds that are backlit by the sun, you can see the round soris!

With this handy dandy map made by BONAP, we can see that this polypody fern heavily prefers the eastern, acidic part of the state. The evergreen fronds of the common polypody fern are consumed in the extreme winter by ruffed grouse, wild turkey, and white-tailed deer. They don’t provide much nutritional value, though. The polypody fern is a primary colonizer of exposed rock, which can be seen in the above photos.

More than a century ago, nearly four billion American chestnut trees were growing in the eastern U.S.. Today, there are less than 430 million, with most of them being less than an inch in diameter. This is due to a disease called the chestnut blight. The cause of the chestnut blight is a fungal parasite named Cryphonectria parasitica. Chestnut blight infects the above-ground parts of trees, causing cankers that enlarge, girdle and kill branches and trunks. A virus that attacks this fungus appears to be the best hope for the future of Castanea spp., and current research is focused primarily on this virus and variants of it for biological control.

Butternut has some COOL BARK!

This tree is already dead… This is a saprophytic fungus, which exclusively feeds on dead plant matter.

This butternut tree, as well as up to 80% of the butternut trees in some states, are dead/dying due to a fungal disease called butternut canker. Butternut canker is caused by the fungus Sirococcus clavigignentijuglandacearum (quite a mouthful). Wounds, as well as leaf and branch scars, often serve as points of entry for the fungus. There is no cure for butternut canker. Trees with trunk cankers will most likely die. If branch cankers are found early, removal of the affected branches can prevent the spread of the disease to other parts of the tree. 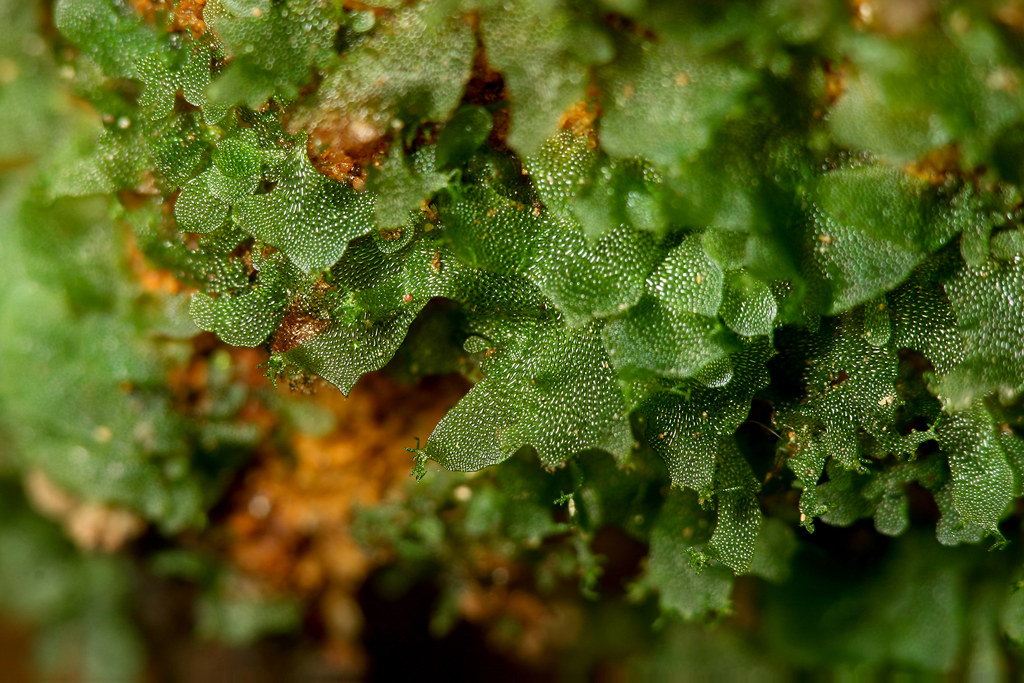 The Appalachian gametophyte, AKA Vittaria appalachiana, is remarkable because it exists perpetually in the gametophyte state, and is one of only three fern species never known to produce sporophytes.

Fern gemmae are quite large in comparison to spores, typically 0.2–1.0 mm in length and are generally considered too large for long-distance wind dispersal. Instead, gemmae are likely dispersed short distances by wind, water, or possibly animals (in bryophytes gemmae dispersal has been shown to be facilitated over short distances by slugs) [Kimmerer and Young, 1995] and potentially by ants.

The notion of limited dispersal capability in V. appalachiana is also supported by the absence of this species north of the extent of the last glacial maximum, beyond which a transplant study has shown they are able to survive. Even recently disturbed areas (roads, tunnels) or other substrates that appear suitable within the range of V. appalachiana frequently remain uncolonized, while the species flourishes on seemingly similar substrates close by. Taken together, this data suggests that spore dispersal from a fully functioning sporophyte must have been responsible for the current distribution of V. appalachiana. The truncated range of this species in southern New York likewise indicates that the gametophytes lost their ability to produce mature, functioning sporophytes sometime before (or during) the last ice age.

The possibility that the current populations of the Appalachian gametophyte are being sustained by long-distance dispersal from some tropical sporophyte source can be rejected based on past allozyme studies, as well as the truncated range of V. appalachiana in the southern portion of New York. The current distribution of V. appalachiana would be due solely to spore dispersal, with the sporophyte becoming extinct before or during the Pleistocene glaciations. This argument is supported by the Appalachian gametophyte’s apparent inability to extend northward beyond the limit of the last glacial maximum.

Apocarpous: Acrocarpous mosses are usually unbranched or almost so, and have an erect habit, like small trees. They are never regularly pinnately (fern-like) branched but have a central stem and leaves coming off that stem.

This species can be exceptionally tall for a moss with stems often exceeding 30 cm though rarely reaching 70 cm, but it is most commonly found at shorter lengths of 5 to 10 cm. In my case, I think I found newborn, extra small mossettes.

Some super zoomed in pictures that I took with a hand lens.

This moss is shaped like uh, tiny, double- or triple-pinnate ferns. It is also super soft, and likes to slowly crawl over stuff, as seen in the photograph on the right.